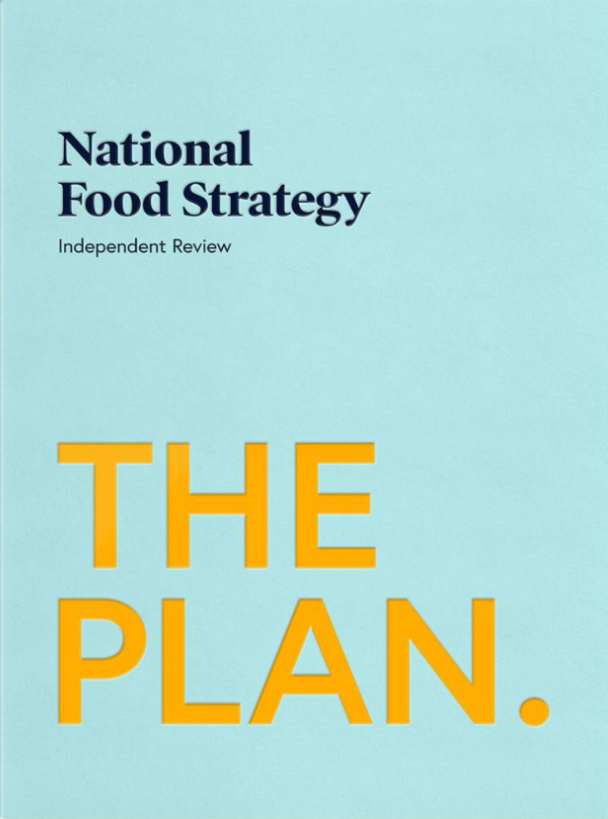 Henry Dimbleby’s new report offers an encouraging, coherent set of recommendations which face up to many of the tangles and tensions in UK strategy for food, land use, and related health issues. It’s 140 pages long, but clearly laid out, and worth the effort to explore it.

It was only last year that Professor Tim Lang, one of the UK’s top experts in this field, published Feeding Britain, an exhaustive and exhausting 567-page account of why our food system is so dysfunctional: see blog here. Henry Dimbleby and team deserve a lot of credit for crystallising a set of major issues, and setting out 21 clear recommendations to address them.

One crucial question is whether the Government will act on these proposals. Part 1 of the report, published July 2020, set out seven recommendations, and four have been actioned, though the other three include major points like the hygiene and environmental standards of imported food. At least we can now lobby our MPs with a clear request, for all the Dimbleby proposals to be actioned.

It’s beyond the scope of one blog to sum up this report: there is a handy two-page Executive Summary. But here are examples of its approach to some of the knottiest problems.

Land use: this is a hot topic currently. Government wants a major increase in land use for forestry and for carbon sequestration (e.g. recovering peat bogs). There’s also the need to cut the large carbon emissions from farming, which may reduce output too. This report advocates a ‘Three Compartment Model’, where land use is split between:

Diet: the report provides a stark analysis of the problems, e.g. “highly processed foods… are on average three times cheaper per calorie than healthier foods”, and “80% of processed food sold in the UK is unhealthy”. They recognise that there is a ‘junk food cycle’, which is damaging to human and land health, and burdening the NHS, and also highlight diet-related inequality, which needs initiatives on both finance and education. The antidotes proposed look sound, including a tax on high salt and sugar content, better food education and wider access to free meals in schools, a “Community Eatwell” programme to help low-income households improve their diet, and more.

Meat consumption: this is one of the major elephants in the food room. The report states that 85% of the farmland that feeds the UK is used to rear and feed animals. It proposes a target of 30% less meat consumption within 10 years, which would greatly help land use pressures and carbon reductions. However, the proposals to achieve this are weak, urging Government to ‘nudge’ consumers into changing their habits. Why not a tax on red meat, and incentives to farmers to shift to crops for direct human use?

Food security: the report confirms the scale of future threats, citing UN projections that climate change will cause major drops in crop yields in the Southern Hemisphere, and also pointing out that glacier melt could halt the gulf stream, and give Britain a colder, drier climate. It’s a pity that the recommendations say little about crop choices and cultivation methods to increase our climate resilience and improve self-sufficiency from the current 64%.